Helping VitaLink Accelerate the Search for a COVID-19 Vaccine

On July 27, 2020, in the depths of the COVID-19 pandemic, the NIH’s National Institute of Allergy and Infectious Diseases (NIAID) and biotech company Moderna announced that they had begun phase 3 trials of mRNA-1273, a candidate COVID-19 vaccine. According to CNN, on that day the vaccine or a placebo was given to 1,290 people, of a planned 30,000 volunteers overall.

Just five weeks earlier, longtime 3 Owl client VitaLink was selected by Moderna and NIAID as one of the networks of clinical trials sites that would conduct the testing. VitaLink immediately contacted 3 Owl and asked for our help in volunteer recruitment. We had to move fast, but we were ready.

With a 72-hour sprint, we launched an online recruitment campaign. Over the next four weeks, we optimized online efforts, produced and placed a television ad campaign, and exceeded the original recruiting goals by 800%. The full campaign was so successful that the chief advisor and the COO of Operation Warp Speed — the U.S. government’s interagency program charged with accelerating development of a COVID-19 vaccine — both came to VitaLink to learn from our recruiting methods.

It was an overnight success for VitaLink, one for which we’d been helping them prepare for several years.

Rapid Recruitment for Science at Speed

It’s no secret that scientists, biotech companies, public health officials, and governments around the world have been doing everything they can to speed up development of a safe and effective vaccine for COVID-19 while maintaining standards of volunteer protections and scientific validity. Every day’s delay means more lives lost.

Candidate vaccines have been identified in record time. According to a July 31 report by the WHO, 139 candidates are in preclinical evaluation, and 26 are in clinical trials. mRNA-1273 is the first in the U.S. to reach phase 3 trials.

Moderna and the NIAID reached out to several trial sites across the country to begin recruitment and preparations for the trials. Nationwide, they needed to recruit 30,000 volunteers, and they needed to do it quickly. Rapid recruitment could actually save lives.

VitaLink wanted to be a significant part of the solution. They originally told us they wanted to recruit at least 400 volunteers. 3 Owl leaped into action to help.

Fortunately, 3 Owl had a long history with VitaLink, which is headquartered in Greenville, South Carolina and is now one of the world’s largest privately owned networks of clinical research sites.

We had also already created a robust brand for VitaLink, complete with automated design systems that allowed us to produce brand-consistent marketing materials at speed. And we had already developed a robust digital infrastructure with a fully integrated digital experience platform (DXP) to drive their online brand experience.

One recommendation we had made to VitaLink 18 months earlier proved especially foresighted. Like most clinical trials companies at the time, VitaLink originally had a single website that attempted to serve all stakeholders: scientists, biotech and pharmaceutical companies, government agencies, and volunteers. While the first three audiences had largely overlapping needs, volunteers had very different needs and generally did not have the scientific sophistication expected by the other audiences.

We concluded that, by trying to serve these very different audiences, the VitaLink site wasn’t serving either very well, so we recommended creating two separate websites. One would speak to scientists, biotech companies, and government agencies. It would emphasize scientific methodology, biotech ROI, and streamlined logistics.

The second would be a patient-facing site, dedicated solely to volunteer recruitment and communication. It would be consistent with the overall VitaLink brand, but slightly softer and warmer, with simpler language and effortless connection. Messaging would emphasize hope, meaningful contributions, and quality of life.

VitaLink agreed with our recommendations, so we got to work.

When we were done, VitaLink’s two websites were each better aligned with their audiences. We had also simplified their backend infrastructure and streamlined their internal processes. We of course didn’t know that a pandemic was ahead, but we knew that, whatever crises or opportunities might come, VitaLink now had the infrastructure they needed to respond quickly and decisively.

After we got the call from VitaLink about the Moderna trial, we did a 72-hour sprint to start recruiting volunteers.

In those first 72 hours, we built a dedicated landing page for the study on the patient-facing website. We also purchased the domain name CovidVaccineSC.com and redirected it to the landing page, for enhanced SEO.

On the backend, we set up ChatBot and six live support people to manage volunteer traffic. We integrated ChatBot, CallRail, and Mailchimp into a master spreadsheet so that every call and submission were automatically added, and volunteers received immediate followup emails with additional study information.

We also launched an online advertising campaign. We researched other COVID-19 ads on social media and defined target audiences. We then built 20 variations of creative for the campaign so that we could test and quickly optimize our spend. These included ads targeted by demographic, social channel, and placement. We optimized daily by using each day’s analytics as a new baseline from which to iterate for the next day’s ads.

We could do all this so rapidly because we had already developed the patient-facing site, the integrated digital infrastructure, and the automated design systems. We had long ago prepared the way to launch large recruitment campaigns at speed.

The original recruitment goal was 400 volunteers recruited in four weeks. Early success led to a stretch goal of 2,000 interested participants.

Within two weeks, we had recruited 1,000 potential volunteers and were on-pace to recruit 2,000 in four weeks.

Early in the third week, we had already recruited 1,700 potential volunteers. We created a lookalike ad target from this list. This list had the lowest cost per conversion as it was hyper-targeted based on our own data from the previous two weeks.

During the third week, we also wrote, filmed, edited, and placed a broadcast television commercial, following rigorous safety protocols to keep all involved safe from infection during the filming. We also secured fast-tracked approval for the ad from the Institutional Review Board (IRB). The ad aired on South Carolina television stations for one week and helped bring in an additional 1,200 potential volunteers.

By the end of the fourth week, we had recruited 3,200 new potential volunteers, which, after qualification, is likely to translate to 5% of the national total sought by the NIAID and Moderna. We had exceeded the original recruitment goal by 800% and even the stretch goal by more than 50%.

These numbers all caught the attention of Operation Warp Speed, a joint program of the Department of Health and Human Services, the CDC, the NIH, the Biomedical Advanced Research and Development Authority (BARDA), and the Department of Defense.

The program sent their chief advisor, Moncef Slaoui, PhD, and their COO, General Gustave F. Pernahttps to VitaLink to learn from our recruitment efforts and apply them to the Coronavirus Prevention Network, which is recruiting volunteers nationally for all government-sponsored COVID-19 vaccine trials.

The work we did in partnership with VitaLink could now potentially help accelerate the trials of additional candidate vaccines. Effective recruitment will continue to be a key factor in saving more lives and ending this pandemic sooner.

A Brand Pivot for VitaLink

Seeing an opportunity to make an important contribution during this pandemic, VitaLink is now poised to conduct additional trials and become a leader in the fight against COVID-19. Their previous work has often focused on diseases of the pulmonary system, so, scientifically, they were already well positioned to study a respiratory virus. We’re now in the midst of helping them redefine their brand to encompass a new focus on prophylactics, vaccines, and treatments for respiratory viruses.

As always, we’re building it all with the infrastructure that will allow them to move nimbly in response to crises and opportunities. And as new trials require more recruitment, we’re ready to help.

It’s been very gratifying to all of us at 3 Owl to be a part of this. We’re not doctors or scientists. We can’t cure anyone or do the most critical work on the front lines of this crisis. But through VitaLink, we have the opportunity to support the people searching for a way to end this pandemic. That feels pretty good. 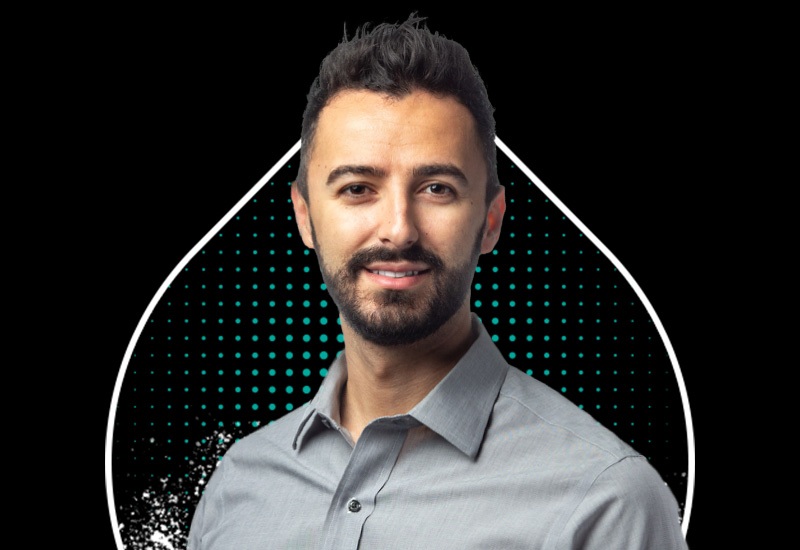